The search has begun to find this year's Community Champions to recognise the amazing contributions local residents make to West Berkshire. 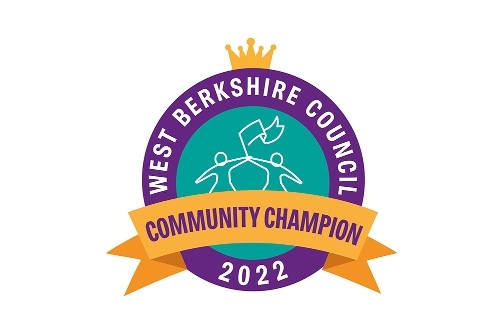 West Berkshire Council is calling upon local residents to nominate deserving individuals and groups for our Community Champion Awards 2022.

The Community Champion Awards are a brilliant opportunity to say thank you to people who have done something special for their local community and will honour those individuals and community groups who have gone above and beyond to support residents throughout West Berkshire this past year.

Nominations will be open from 21 November 2022 for 6 weeks. All of the awards will be judged by an independent panel and the winners will be presented with their award at an awards ceremony to be held in February 2023.

Nominations for the Community Champions Awards 2022 can be made in the following four categories:

"The Community Champion Awards are a firm favourite for us each year. We enjoy hearing about all residents who make their communities extra special and feel privileged to recognise these efforts on behalf of the district. Community champions don't do what they do for the glory, but nevertheless they are pleased by that what they do has been noticed. If you know someone making a difference in their community please consider nominating them for one of these awards."

Community contributions can be made in many ways: organising environmental work, running social groups, organising community sports activities and events, co-ordinating resident groups or any other activities that improve the lives of the people of West Berkshire.

Nominations are now open and can be made online by visiting www.westberks.gov.uk/community-champion

The closing date is Monday 2 January. Paper nomination forms can be obtained by calling 01635 503973.